Refrigerators have become an essential convenience that we cannot do without. Any fault in the system could result in massive food losses that we can’t imagine incurring. Hence, you want your fridge to bring its A-Game in keeping your foodstuff cool 24/7.

One of the best ways to ensure that your refrigerator achieves optimum performance at all times is by being able to diagnose a problem as soon as it occurs quickly. This may not be easy if you do not know how the refrigerator works.

Going through the instruction manual could help. But it’s often a dense paper booklet full of jargon that you toss in the kitchen drawer like you do all your clutter.

Our comprehensive and straightforward guide below on how a refrigerator works will help you to get the most from this invaluable appliance.

The purpose of refrigeration

All food contains gut bacteria. When these bacteria increase in growth and number, they cause decomposition and make the food harmful for consumption. Refrigerators keep the food fresh by slowing down the growth of bacteria.

The refrigerator does this by keeping a low-temperature state through three steps:

Step 1: the refrigerant passes around the food items to cool them off

Step 2: The refrigerant absorbs the heat from the food

Step 3: The refrigerant transfers the heat to cooler surroundings, after which its expelled.

A refrigerator executes its function through the principle that gasses get hotter when compressed and cool off when expanded. When the refrigerant is compressed, the temperature of the energetic molecules increases as they occupy less volume. When it is expanded, its temperature reduces as the energy is released to a larger volume of space.

It also uses the Second Law of Thermodynamics principle, which holds that when two things get into contact, the hotter object cools while the cooler object warms up. So when the refrigerant passes around foodstuffs, it cools them off by absorbing the warmth from them.

The refrigerator’s main components are the compressor, condenser, evaporator, thermostat, and expansion valve.

The entire process of refrigeration depends on the compressor. The compressor is a pump and a motor that circulated refrigerant throughout the unit system. It works by compressing the refrigerant vapor under tremendous pressure. It then pushes the compressed refrigerant out to the condenser coils, which expels it out as hot air.

The condenser consists of a series of spiral coils located at the back of the refrigerator. It liquefies the gaseous refrigerant by absorbing the heat from foodstuff inside the fridge and expels the heat out into the surrounding air.

This part cools foodstuffs by turning liquid refrigerant into a gaseous state through the process of evaporation. It consists of finned metal tubes with high thermal conductivity to maximize the transfer of heat.

The evaporator absorbs heat blown through a coil by a fan and turns the liquid refrigerant into a gaseous state through evaporation. Evaporation cools the surroundings and keeps foodstuffs inside the refrigerator cold.

The expansion valve, also called the expansion device, is a small device with a capillary tube that controls the refrigerant flow in the unit system.

It is very sensitive to refrigerant temperature changes. When the liquefied refrigerant passes through the expansion capillary tube, the valves remove pressure from the liquified refrigerant and change it into vapor.

Although this is not part of the primary components of a refrigeration cycle, it plays a significant role in regulating the process. The thermostat regulates the temperature inside the refrigerator by engaging the cooling cycle as needed.

This is a particular gas that is used in the gas compression cycle of a refrigerator. It is the liquid that keeps the refrigeration cycle going. This chemical also referred to as coolant, facilitates cooling perishables inside the fridge by alternating between a cool liquid and a hot gas.

In the early 20th century, the cooling chemical used in most fridges was CFC (chlorofluorocarbon), particularly Freon. However, these chemicals were both a health and environmental hazard. CFCs were found to be the cause of ozone layer depletion. So, Freon was replaced with more environment-friendly refrigerants like R-600A, R-290, and HFC-134a, also known as tetrafluoroethylene.

The Process of Refrigeration

The process of refrigeration begins when the temperature inside the fridge rises about the set point. The heat sensors send signals to the compressor to start the cooling cycle.

The compressor draws in the cold liquid refrigerant and pressurizes it. It also condenses the low-pressure gas and increases its temperature to turn it into high-pressure gas.

The liquid refrigerant then moves towards the evaporator through the coils inside the freezer and main compartment.

The low-pressure liquid passes long the evaporator coils, where it gradually evaporates. As it does, it absorbs heat from the food inside the fridge, thereby lowering the temperature back to the set point.

The evaporation process absorbs the heat in both the freezer and main compartments to bring the temperature down.

Once it gets to the evaporator, it is changed back into gas and then flows back to the compressor to continue the cycle.

Note: As the compressor works, it gives off a low humming sound. When the fridge begins to give off terrible refrigerator noises, it is a sign that there is something wrong with the compressor.

The refrigeration cycle is used in several applications and appliances including, freezers, air conditioners, and heat pumps. The refrigerator uses the same principles and processes in keeping your perishables fresh.

Heat is extracted from foodstuffs and absorbed by the refrigerant. The heat is then moved to the compressor and passed through the condensation coils, where it is expelled.

Here are 7 significant signs that your refrigerator is not working;

Understanding this process will help you to make a quick diagnosis when you notice that food is not cooling properly in the refrigerator. 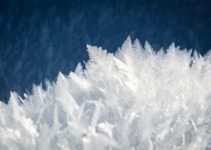 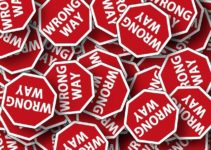 A refrigerator is a costly long-term investment that you should make wisely. Buying an unreliable… 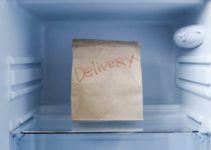 Can you imagine living without a fridge freezer? Well, ice buildup in the refrigerator can…

Many households serve chicken because it has a flavorful and delicious taste. It is also… 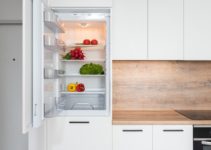 Times have changed and so have refrigerators. If your refrigerator has given you ten years… 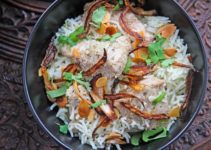 Rice is one of the pantry staples that have the most extended shelf life. Most… 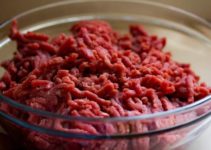 Why is ground beef so popular? Because it is a great staple ingredient for most… 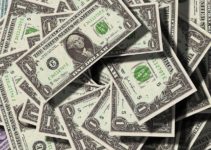 A refrigerator is an essential appliance in homes today. People want to eat healthy and… 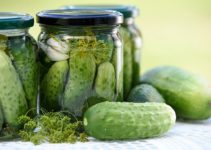 Suppose you love accompanying a juicy pickle with a plate of charcuterie or deli sandwiches…. 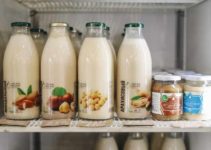 The contents of the https://refrigerator.deals website, such as text, graphics, images, and other material contained on the site (“Content”) are for informational purposes only. The content is not intended to be a substitute for the professional repairer, dietitian, or nutritionist's advice, diagnosis, or treatment.

We use cookies on our website to give you the most relevant experience by remembering your preferences and repeat visits. By clicking “Accept”, you consent to the use of ALL the cookies.
Cookie settingsACCEPT
Manage consent

This website uses cookies to improve your experience while you navigate through the website. Out of these, the cookies that are categorized as necessary are stored on your browser as they are essential for the working of basic functionalities of the website. We also use third-party cookies that help us analyze and understand how you use this website. These cookies will be stored in your browser only with your consent. You also have the option to opt-out of these cookies. But opting out of some of these cookies may affect your browsing experience.
Necessary Always Enabled
Necessary cookies are absolutely essential for the website to function properly. These cookies ensure basic functionalities and security features of the website, anonymously.
Functional
Functional cookies help to perform certain functionalities like sharing the content of the website on social media platforms, collect feedbacks, and other third-party features.
Performance
Performance cookies are used to understand and analyze the key performance indexes of the website which helps in delivering a better user experience for the visitors.
Analytics
Analytical cookies are used to understand how visitors interact with the website. These cookies help provide information on metrics the number of visitors, bounce rate, traffic source, etc.
Advertisement
Advertisement cookies are used to provide visitors with relevant ads and marketing campaigns. These cookies track visitors across websites and collect information to provide customized ads.
Others
Other uncategorized cookies are those that are being analyzed and have not been classified into a category as yet.
SAVE & ACCEPT